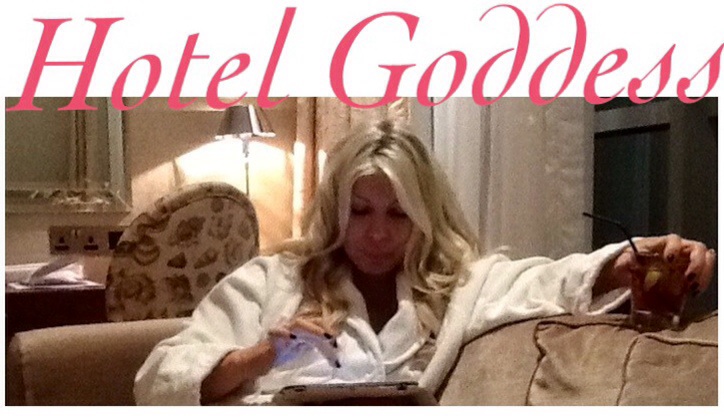 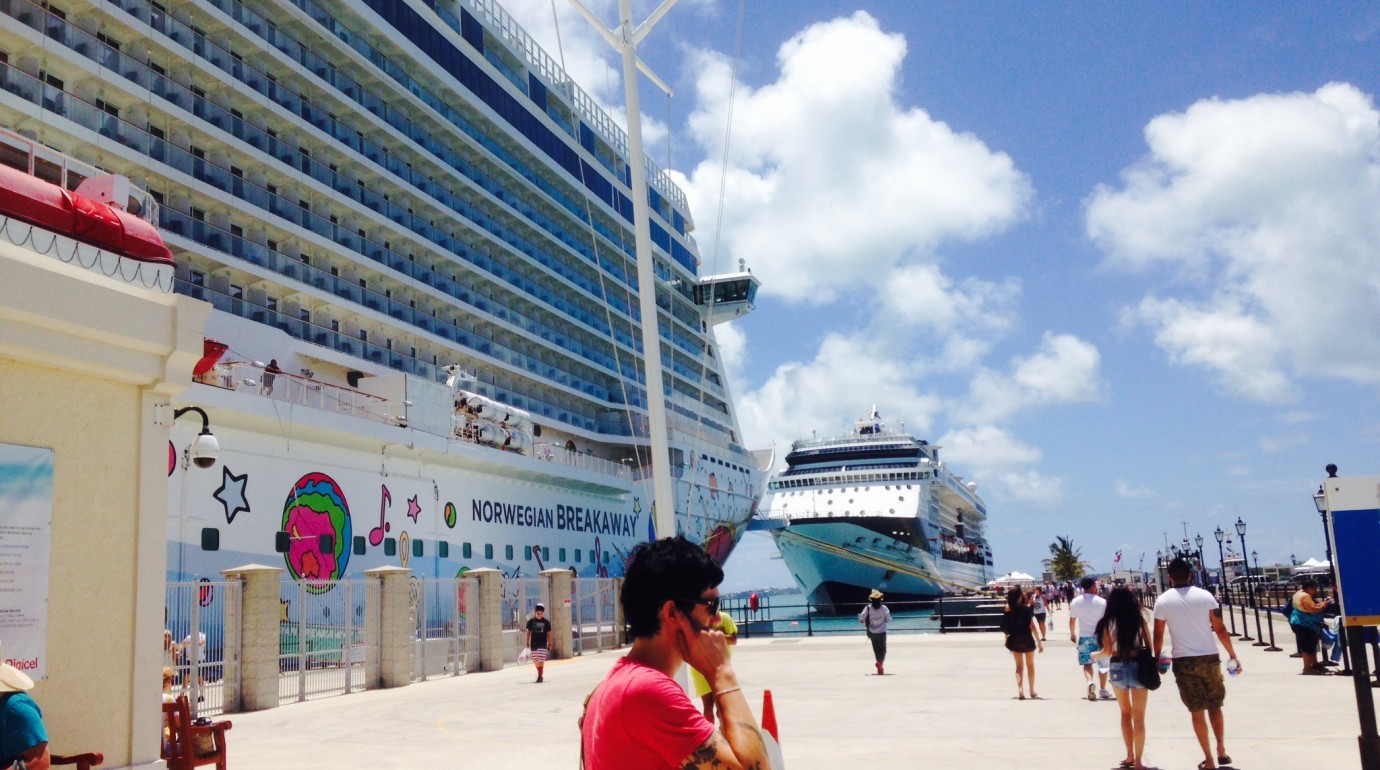 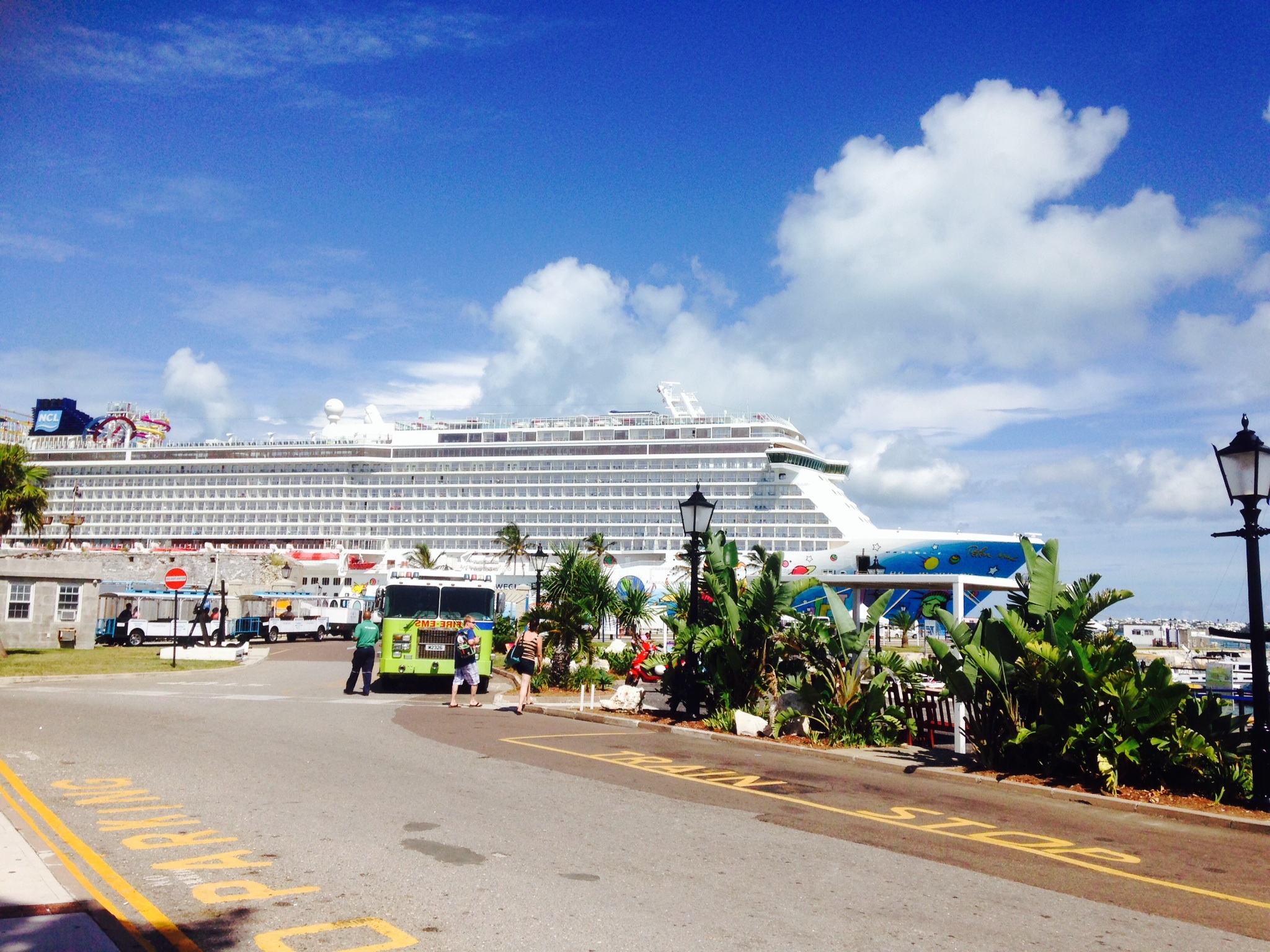 Ok, I’m mean, a little mean at least, about this topic. Here’s how it happened: Looking forward to this gorgeous ship…the new NCL Breakaway. It’s MAGNIFICENT in all of the pics I’ve been Constantly looking at. It looks like a huge hotel complex inside, and a mini sports themed park on top. Pretty incredible. All of the pics put out by NCL are computer generated, including computer generated patrons,  but I hear the ship looks exactly like those pics from a neighbor who was lucky enough to sail it on one of it’s first voyages. (He is in the industry)

I suppose he did see the same sort of scene as the pics when he sailed, since it was an “industry sailing.” NOT WHAT I SAW, however. 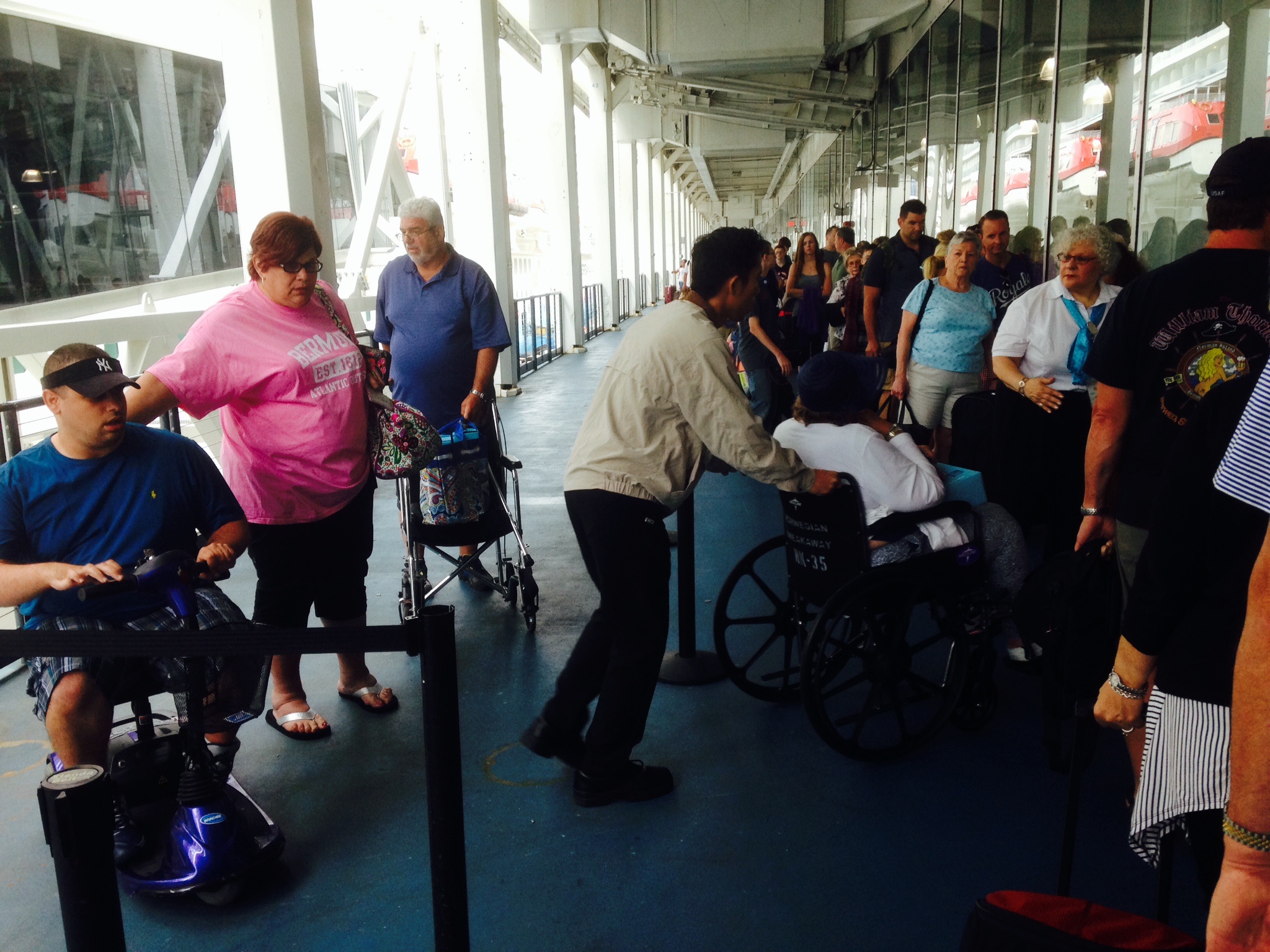 Americans aren’t thin…we know this. I am far from skinny much of the time, so I can fairly say that I am not at all judgmental about people being a little overweight. Even more than a little, like 100 lbs, and I won’t even notice. But on this BEAUTIFUL cruise ship I saw a whole other level of fat, the MORBIDLY OBESE….and they were everywhere. I’ve never seen so many people who had given up walking and decided to use scooters instead. It was crazy. So this fashionably designed ship sails out of New York’s Manhattan dock, offering some of the most incredible views of NYC ever-scratch that- THE BEST views possible outside of a helicopter, and what is marring the experience: FOOD ADDICTS. LOUD, OBNOXIOUS, PUSHY people in scooters fighting their way to the front of the ice-cream line.

from the Urban Dictionary:

Scooter Cruiser
A non-handicapped lard ass that rides one of those scooter things around the shopping center because they are too lazy to walk.
Watch out for that lazy fat assed scooter cruiser. She’s not handicapped, she’s just fat. She will run you over if you are not careful
by yobkcis June 25, 2005

“Watching a woman disabled by fat eat ice cream is about as pleasant as watching a heroin addict shoot up.”    -anonymous 😉

What a way to scare someone into the gym! Or away from their next cruise 🙁 I was thinking of going on the Norwegian EPIC around Turkey day…and now I am again comparing with various caribbean vacation packages, which means lass places, just one lovely beach, but less obnoxious people rolling around on electric scooters with a cannoli in their hand. Sigh.

I swear I would give everyone who is that food addicted a free stomach band or gastric bypass, whatever. When I overheard a woman in a deep and out of breath voice talking about how she had last enjoyed her gelato that much in Rome, I started to think, “How could anyone on a big clunky scooter possibly even enjoy Rome?” It isn’t exactly an easy city to get around in even without obesity related mobility issues.  It’s sad really to think of how limited their experiences are.

So today, its coconut milk in my coffee instead of half and half, and another visit to the gym and then back to planning vacations 🙂